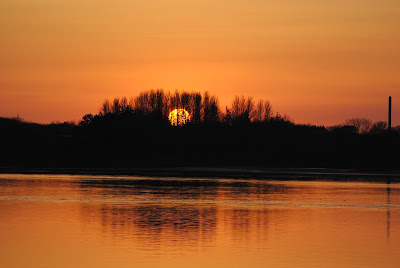 Most senior delegates (from the UK, the UN or the USA), who will be attending Cop26 in Glasgow, 'privately' think a breakthrough to 'fulfil the aspiration of the Paris agreement' is unlikely. The Paris agreement aimed to keep global heating down to 1.5 degrees Centigrade above pre-Industrial levels. A postscript to Paris, asked countries to pledge Nationally Determined Contributions (NDCs) for their emissions reductions every 5 years. There are now plans to ask for NDC's annually (https://www.theguardian.com/environment/2021/sep/27/cop26-climate-talks-will-not-fulfil-aims-of-paris-agreement-key-players-warn). It should be remembered that the 1.5 degree 'safe limit' was always only an 'educated guess' by climate scientists. Things seem to be moving faster and harder than was ever envisaged in 2015. Most senior delegates seem to accept that 'greenhouse gas' emissions from major economies this decade, will fall well short of those needed to limit global heating. Worryingly, China (a major polluter) has never filed an NDC. They, along with the French, will also have been deeply irritated by the recent Aukus pact between Australia, the UK and the US. The pact involves sharing technology on nuclear submarines. The timing of the pact is, at best, poor. It looks as if the Australians are being 'rewarded' and the Chinese threatened. The Australian Prime Minister is a 'naughty boy'. He has no intention of doing anything about climate change. It looks as if neither the Australian PM nor the Chinese President will travel to Cop26. Getting meaningful agreements on 'greenhouse gas' emissions at Cop26 may be even harder than was predicted by the 'pessimists'. You can't get meaningful action on climate, if some of the 'big players' are absent.
- September 27, 2021 No comments:

The Milk of Covid Kindness? 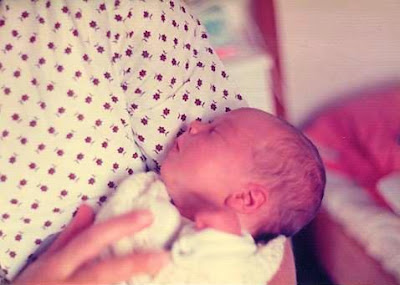 Workers at Mount Sinai hospital in New York, studied 75 breastfeeding women who had recovered from a Sars-CoV-2 infection. Almost 90% had milk antibodies to counter the virus. These antibodies remained in the milk for 10 months after the Covid infection (https://www.theguardian.com/lifeandstyle/2021/sep/27/antibodies-in-breast-milk-remain-for-10-months-after-covid-infection-study). The predominant milk antibody was Secretory Immunoglobulin A (IgA). It is different from the antibody found in the blood. This IgA could prevent the virus from entering the body of the mother's baby. Their study also looked at 50 lactating women, who had been jabbed with the Pfizer, Moderna or Johnson and Johnson vaccines. Individuals treated with Pfizer or Moderna (both RNA) vaccines, generally showed high levels of milk antibodies. The Johnson and Johnson vaccine was much less effective in this respect. It appears that vaccines that produce a marked blood antibody response, also generate high levels of IgA in the milk. The authors of the study suggest, that IgA extracted from breast milk, could be given to adults with severe Covid infections. A nebuliser could be used to deliver the antibody to the respiratory tract. Yet another weapon in the war against Sars-CoV-2?
- September 27, 2021 No comments: 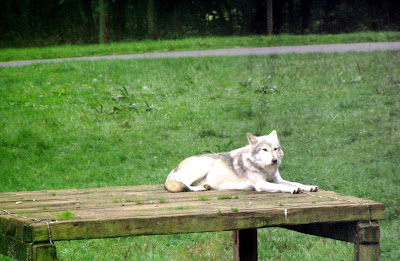 Scotland has had some notable successes in rewilding projects and has even been exporting some of the animals to other countries. Francesca Osowska (of NatureScot) has suggested, however, that demands to reintroduce apex predators (like wolves and bears) could damage the needed support for rewilding the British countryside (https://www.theguardian.com/environment/2021/sep/24/reintroducing-wolves-to-uk-could-hit-rewilding-support-expert-says). Farmers and Highland estate managers are often first to express their concerns about reintroductions. Scotland's projects to reintroduce the beaver and the Sea eagle have been very successful. NatureScot have, however, authorised the shooting of beavers accused by farmers of 'damaging' farmland in the Tayside area. More than 200 have now been shot. The National Farmers Union Scotland are also likely to request permission to shoot Sea eagles. It is alledged (although it seems unlikely) that these raptors attack lambs. Evidence for the 'crimes' of animals is often very anecdotal. There is a heady mix with tolerated and non-tolerated species. Some of this merely reflects human taste. Deer numbers are booming in Scotland. This is bad news for attempts to reforest areas of the countryside. Failure to reintroduce apex predators means that a shooting programme (with disturbance) becomes the only option. Areas managed in this way, would really only be semi-rewilded.
- September 27, 2021 No comments:

Is 'Mother Nature' a Psychopath? 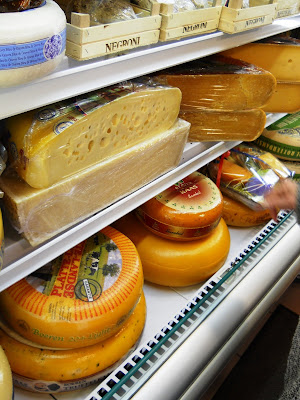 The above question is posed by Joanna Blythman, who also asks 'why would she design foods to shorten the lifespan of the human race?' (https://www.theguardian.com/food/2021/sep/26/food-myths-busted-dairy-salt-steak-swedish-study-science-health-advice). The answer, of course, is that nobody has 'designed food' for us. Eggs, cheese and meat were not designed for the benefit of humans. Food is basically what an animal can get from its environment. In ancient times, humans wouldn't have been 'too picky', so long as they got the calories needed to grow and function. Remember also,that early humans would not have been too obsessed about their lifespans (nasty, brutish and short?). Clearly, Johanna has a thing about the benefits of 'whole foods' and a corresponding aversion to the ultraprocessed (which she claims currently accounts for 50% of the UK diet). One can have some sympathy her attempt to bust 'food myths'. Dietary advice is, however, a highly contentious area and is in a constant state of flux. It's difficult to be sure of anything when a) contrary evidence is not presented and b) the funding supporting studies is not clarified. It's interesting that a study of more than 4000 Swedes, studied for 16 years, suggested that a diet rich in dairy fat lowered the risk of coronary heart disease (CHD). The meta-analysis cited to support this finding is, however, not the only study on saturated fats and CHD. Jumping from CHD to stroke also seems a bit of a leap. Many people, in addition to Johanna, think the '5-a-day' mantra for fruit and vegetables is too simplistic. She is probably right that it ends up with people ingesting too much sugar from fruit (people are not as keen on veg). Her advice not to worry too much about salt intake, so long as it is 'moderate', seems acceptable. There is, however, a link between high dietary salt and elevated blood-pressure. Johanna's claim that you can eat as much steak as you like, as long as you dump the hot-dogs, is a bit contentious. Even if you are unworried about climate change and methane from beef, too much red meat has been linked to health problems. She also says you can eat as many eggs as you like. Virtually anything in excess, is likely to be unhealthy. The trouble is that people like simple messages. 'Whole foods-good: Processed foods-bad' is likely to appeal to many people. It's probably more complex than that.
- September 26, 2021 No comments: 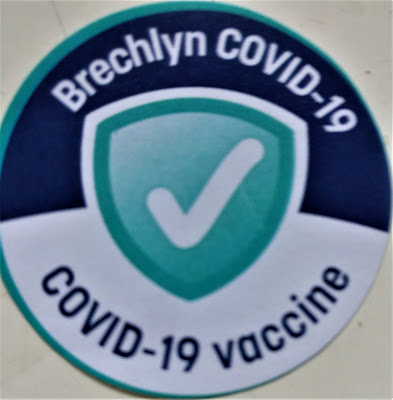 Unfortunately, I can't help agreeing with journalist, Nick Cohen. The world's rich nations, due to their nationalism and stupidity, have not dealt with the Covid19 pandemic at all well (https://www.theguardian.com/commentisfree/2021/sep/25/why-cant-we-tackle-covid-and-climate-heating-nationalism-and-stupidity). Cohen describes our failure to vaccinate the world as 'astonishing'. The rich nations, leaving millions to die needless deaths, is clearly a moral affront. Cohen also maintains, however, that the rich nations clearly don't recognise their own self-interest. Many authorities have pointed out that failure to vaccinate the world, means that the virus is still out there, mutating. This, however, isn't the only gap in understanding on display by rich nations. The International Monetory Fund estimates that, if Covid continues to spread, the world economy risks losing £3.3tn by 2025. The cost of vaccinating everyone on the planet is a mere £70bn. It's a bargain! We prefer, however, to throw past-their-expiry-dates vaccines away, after initially hoarding them. Nationalism and stupidity also seem guaranteed to make dealing with the climate crisis next to impossible.
- September 26, 2021 No comments:

A Safe Pair of Hands? 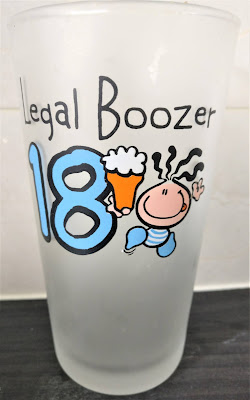 The UK PM, in a somewhat patronising speech to the United Nations, said "It is time for humanity to grow up" (https://www.theguardian.com/politics/ng-interactive/2021/sep/23/boris-johnsons-climate-speech-annotated-what-he-said-and-what-he-meant). He compared humanity to an adolesecent, "just old enough, to get into trouble". The PM maintained "We trash our habitats again and again with inductive reasoning that we have got away with it so far, and therefore we will get away with it again." Just a bit of background on this sage. Whilst at Oxford University (and consequently well into his 20's), the PM was a member of the notorious Bullingham Club. The specialities of this all-male group included a) inserting their privates into the mouth of a pig's head and b) trashing any eating or drinking location they gathered in. Fortunately for the pig, it was dead. Their parents also paid for the damage, preventing any prosecutions of club members. The PM also came to power by advocating leaving a club (the EU), whose rules he was determined not to follow. He now would like everyone to agree to follow rules at COP26 in Glasgow, to save the planet from climate crisis. The PM also quoted Kermit the frog (as you do). To misquote Kermit "It is easy being pretend green". So, punk, do you feel lucky?
- September 26, 2021 No comments: 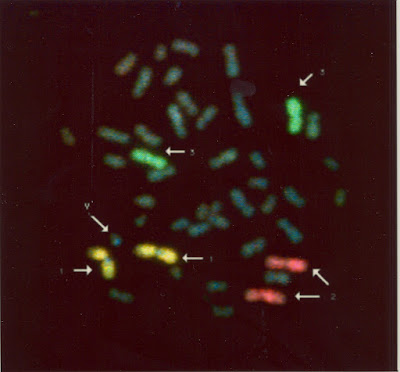 Scientists, vets and farmers say the UK government should 'free livestock science from gene editing restictions' (https://www.theguardian.com/science/2021/sep/26/gene-editing-would-allow-us-to-create-hardier-farm-breeds). Gene editing or CRISPR, is a cheap and powerful way of modifying the DNA of organisms by adding or deleting bases. Enthusiasts claim it is comparable to traditional breeding methods. Certainly genes are changed in both. Gene editing is, however, light year's faster and more precise. The proponents point out that gene editing seems to be currently accepted, in the UK, as a means of altering crops. Regulatory bodies are, however, more reticient about gene editing and animals. The enthusiasts maintain that gene editing is inappropriately subjected, by the EU, to the same restrictions as Genetic Modification (GM) technologies. In GM, whole genes from another organism are inserted into the DNA. Although there is still some antipathy to GM in farming, most people approve its use in medical developments (like the production of insulin). Enthusiasts for gene editing in farm animals, maintain it is 'vital to create livestock resistant to disease, droughts and heatwaves'. Brexit, they say, gives the UK the opportunity to deviate from the EU (although it's uncertain how the latter will respond to UK meat products). Studies, carried out at Edinburgh's Roslin Institute and Imperial College London, appear to point the way. For example, it seems likely that gene editing will enable scientists to create animals resistant to avian and swine 'flu. This, would not only reduce farming losses, animal suffering and the need for drugs, it would lower the chances of humans being subjected to these same diseases. There appears to be a good rationale for using gene editing, to to make farm animals more resistant to disease. One could argue, however, that making farm animals more resistant to droughts and heatwaves might actually detract from attempts to control climate change. Animals, unlike crops, can be moved. Also, if the DNA of farm animals can be changed to make them more heat resistant, will scientists be tempted to do the same for humans?
- September 26, 2021 3 comments:

Most senior delegates (from the UK, the UN or the USA), who will be attending Cop26 in Glasgow, 'privately' think a breakthrough to...