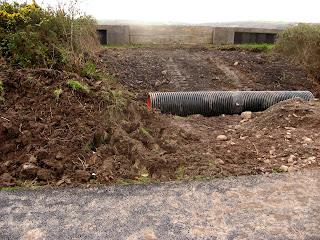 A report of a possible £300m cut in the budget of DEFRA (http://www.guardian.co.uk/environment/2007/nov/17/climatechange.carbonemissions1) seems especially badly timed as the UN Intergovernmental Panel on Climate Change is about the emphasize the urgent need to cut down on all forms of carbon emission. The cuts will have negative effects on areas as diverse as "canals, animal health, waste groups, national parks, forestry, fisheries, sustainable development and environmental protection." There will be new money (in 3 year's time) for flood protection following the floods in Yorkshire and Gloucestershire but this seems more like treating a (local) symptom rather than the cause. It looks as if Natural England will be particularly badly affected with a reduction of about one third in its budget to pay for new conservation work and a requirement to pay back the £12m it cost to set up. Quite apart from the carbon emissions theme, the sudden spate of diseases in agricultural animals (generally linked eventually to human rather than wild animal interventions) suggest that we actually need to spend more across the whole range of DEFRA activities. The trouble is that cuts in these areas are often politically attractive as, if you are lucky, their consequences are relatively long-term. A particular worry is that the drive to produce redundancies may remove valuable areas of expertise that will be difficult to replace.
- November 19, 2007 No comments: 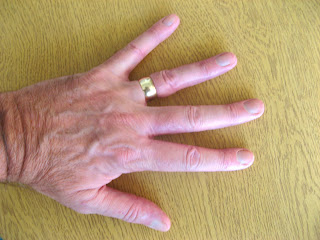 Ben Goldacre in 'A Kind of Magic' has detailed the problems surrounding homeopathy (http://www.guardian.co.uk/science/2007/nov/16/sciencenews.g2). He points out that there might well be a role in traditional medicine for the placebo effect (sugar pills of particular colours producing improvements in otherwise untreatable conditions) especially if impressive ritual is involved. He suggests, on the other hand, that meta-analysis of properly controlled homeopathic trials suggest it is no better than control treatments. He also suggests that many of the practices in such studies have a "dangerous, unscientific and secretive" side. Studies may not be genuine double blind studies or be applied to people when they have already developed a condition (e.g. any treatment you take when your cold is at its worst is going to produce an apparent improvement!). If 'alternative' medicines are to be taken seriously, they clearly must be at least as exposed to meaningful tests as are traditional medical treatments. It is no good claiming that their effectiveness is destroyed by 'scientific distrust' or refusing to accept criticism for an imperfect experimental design (ability to fairly replicate is the whole basis on which scientific research is conducted). Why then is there such an apparent enthusiasm for homeopathy (I even knew a vet who wanted to apply it to horses)? Goldacre suggests that such treatments are popular with people who have had some poor experience with traditional medicine. A further problem is that people well-known in other respects sometimes advocate it. They include the current heir to the British throne (who might well receive 'advice' on the topic but is not necessarily in a position to assess the veracity of claims) and a well-regarded female authoress (writing a good story is probably the opposite of evaluating complex medical tests). This transcending of boring expertise by fame has even infected several scientists, eminent in other areas, in my life time. Niko Tinbergen shared the Nobel Prize for Physiology in 1973 for his work on animal behaviour but strayed (not very successfully) into considerations of autism shortly afterwards. Famously, Linus Pauling obtained the 1954 Nobel in Chemistry for his work on the nature of chemical bonds and the 1962 Peace Prize for his campaign against above ground nuclear bomb tests but still felt in a position to advocate massive doses of vitamin C as a 'cure' for the common cold. Many people believe his claim but the evidence is far from comvincing.
- November 19, 2007 No comments: 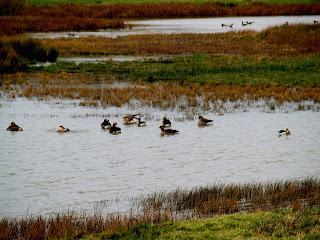 The dangerous strain (H5N1) of bird 'flu appears to be back (just in time for Christmas) in the UK at Redgrave Park, a stately home with an ornamental lake near Diss on the Norfolk/Suffolk border (http://www.guardian.co.uk/birdflu/story/0,,2210517,00.html). Here, free-range poultry (owned by Gressingham Foods who lease space in the Park) have been allowed to mingle with wild migrants during the day (they are housed inside at night). The RSPB point out that, as no dead wild birds have been found in the location, blaming these animals is a little premature. Since the outbreak occurred, some 5000 turkeys, 1000 ducks and 500 geese have been slaughtered at Redgrave Park. The location is relatively close to the earlier Bernard Matthews outbreak, eventually potentially linked to imported birds from Hungary. There is some speculation that Gressingham Foods had imported some young birds from the Czech Republic where this strain of the disease is also found. Exclusion zones have been set up and birds culled (just in case) at nearby farms visited by workers who frequent Redgrave Park. The timing could not be worse given the economic importance of Christmas poultry sales.
- November 16, 2007 No comments: 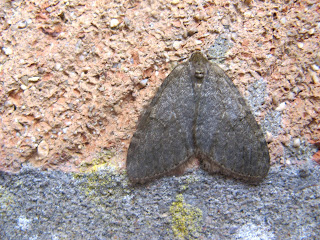 A dark moth appeared at the light in Loughor. Its been a long season.
- November 16, 2007 No comments: 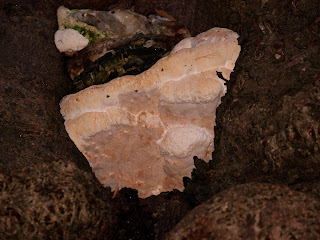 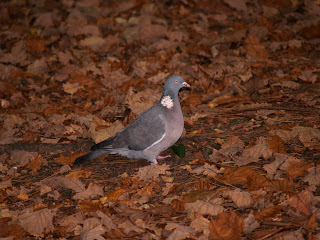 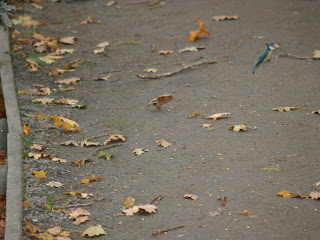 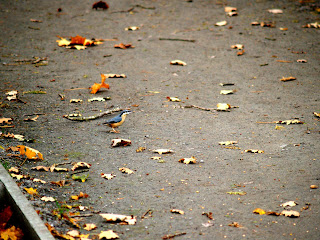 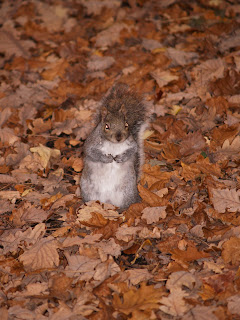 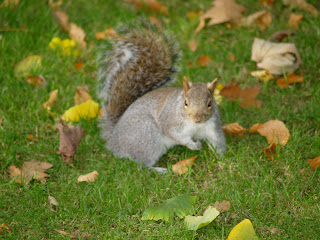 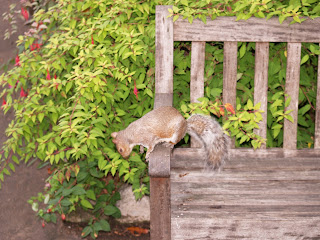 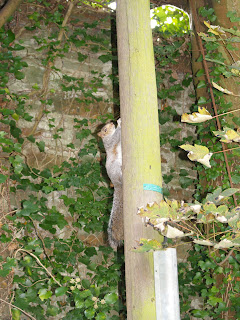 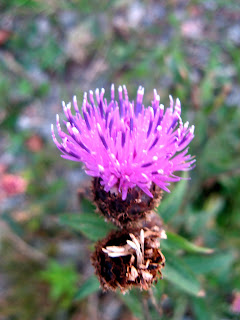 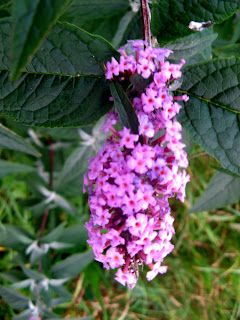 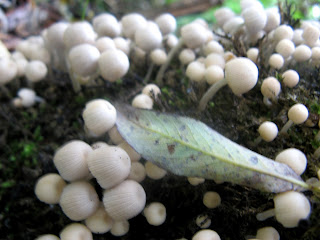 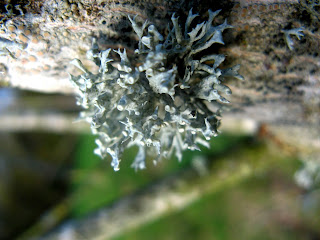 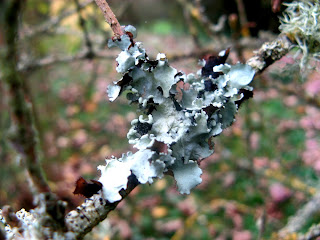 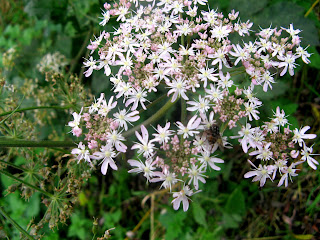 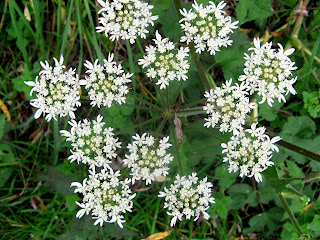 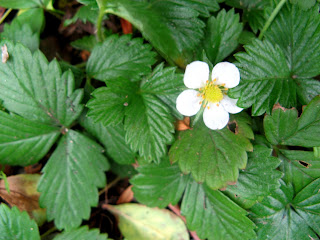 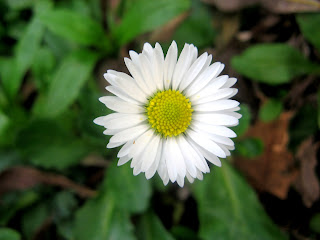 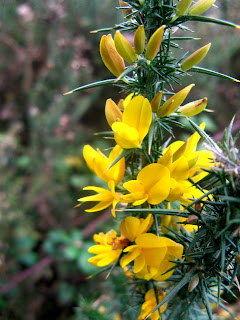 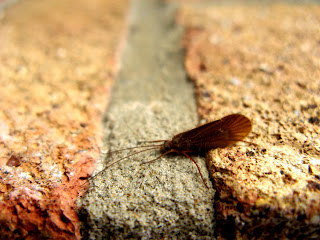 A Brown lacewing came to the light in Loughor. At the National Wetlands Centre Wales (Llanelli) the Gorse (Ulex europaeus), Daisy (Bellis perennis), Barren strawberry (Potentilla sterilis) and Common hogweed (Heracleum sphondylium) were all in flower. There were even hoverflies (Helophilus pendulus) on the last mentioned. There is also a fine array of lichens on the trees and some interesting fungi on the tree stumps. On Llanelli fore-shore, the range of flowers still persisting, in addition to Rest harrow, Common toadflax, Ragwort and Red clover include Butterfly bush (Buddleja davidii) and Common knapweed (Centaurea nigra).
- November 06, 2007 No comments:

The Revenge of Guido Fawkes? 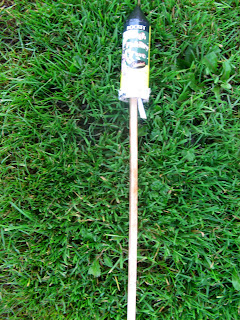 Its is strange but all the complaints about activities adding to global greenhouse gases seem to have ignored the 5th of November celebrations with the masses of bonfires and fireworks. This is only an annual tradition but one has to ask whether it really has any meaning in the modern world more than 400 years after a failed gunpowder plot. It seems an odd way to celebrate an ancient event by adding to a modern problem. Thus spake the grumpy.
- November 06, 2007 No comments: 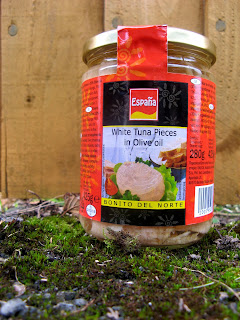 It seems that very little is taboo when one can use events to potentially label the other side. A report of 73 dolphins washed up last week near the southern Iranian port of Jask last week (http://www.guardian.co.uk/international/story/0,,2203812,00.html) has led to a series of extraordinary exchanges. These dolphins were washed up in the same area as 79 Striped dolphins recorded last month. Initially, 'mass suicide' was blamed (unlikely on Darwinian grounds) and then there was speculation that fishermen in the area (there is a lot of tuna fishing here) may have 'beaten the dolphins with grappling irons after they became entangled in fishing nets'. Mr Sha'aban Al-Nezami (Head of the Iran state run fisheries organisation) has claimed, however, that this species of dolphin is "not normally found in the surrounding Persian Gulf and Oman Sea" and that the cetaceans might well have been victims of "the US military and its hi-tech hardware and spying equipment". He speculated that the dolphins may have been killed by water pollution,"electro-magnetic waves from military ships or a kind of virus disease." Examination of the bodies did not support poisoning or pollution as explanations but did find evidence of bruising. There have been military tests with dolphins, using these fast-swimming and highly trainable animals as interceptors of spying scuba divers, but it seems highly unlikely that these animals are victims of a mass, failed experiment (repeated at least once).
- November 03, 2007 No comments:

Do Humans Really 'Risk Living in an Empty World'?

A UN spokeswoman on biodiversity has claimed that humans, by continuing to cause mass extinctions (just like a giant meteor hit), 'ri... 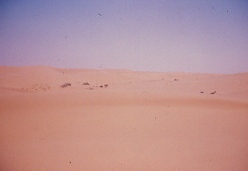