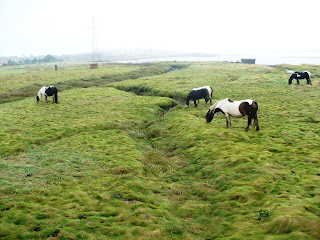 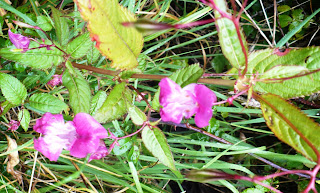 Welcomed back to Loughor from my travels by driving rain and a bloom of Himalayan balsam (Impatiens glandulifera) at Penclacwydd. Near the Loughor bridge at Bynea, Gower ponies tucked into the local vegetation.
- September 30, 2012 No comments: 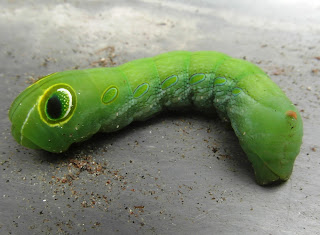 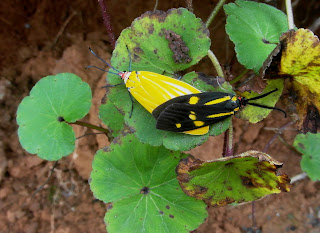 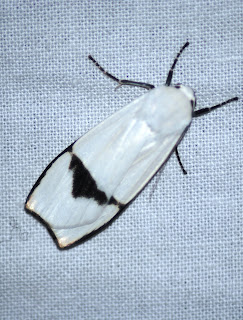 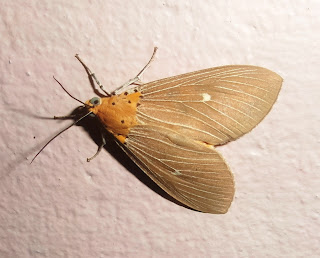 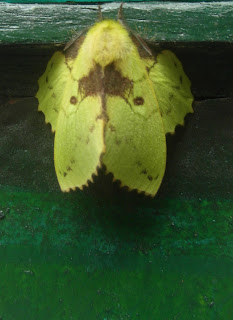 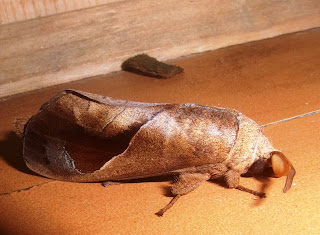 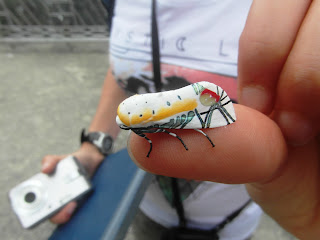 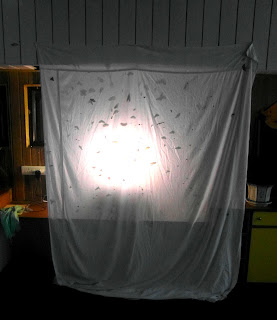 Just returned from 10 days in Gangtok (Sikkim). Ran a very successful moth trap at the Hidden Forest Retreat and a few of the more striking images from here and elsewhere on the visit are included here. The first moth has the splendid name of Baorisa hieroglyphica and was actually found at the Guru Padsamabhava statue that functions like a giant moth trap when illuminated at night. The second moth looks exactly like a rolled leaf from the side. Number 3 is a Lappet moth from Rumtek monastery. Number 4 is Asota caricae and the 5th is probably Vamuna alboluteola. The 6th picture is of day-flying moths with very striking sexual dimorphism from a puja near the city centre. Lastly, there is a hawk moth larva from the gardens of our accommodation. There were also lots of other vertebrates and invertebrates that will feature as I sort them through. This is only a taster!
- September 23, 2012 2 comments: 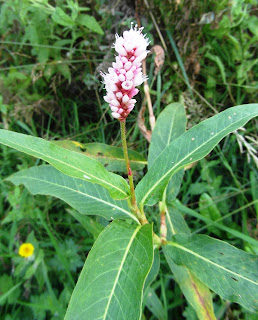 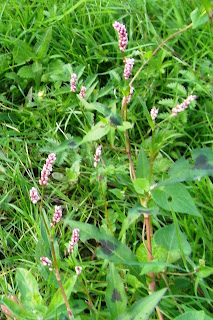 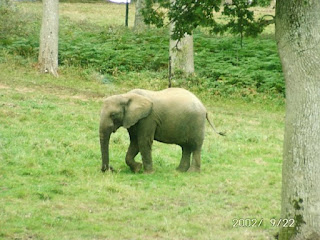 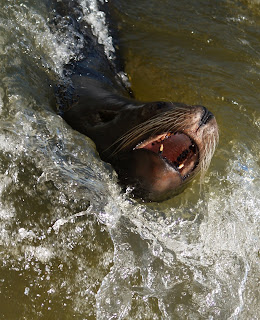 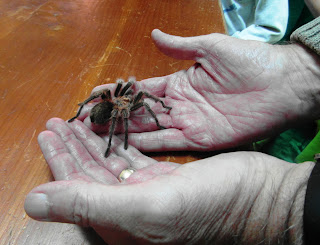 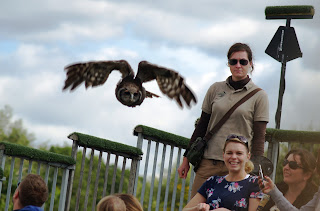 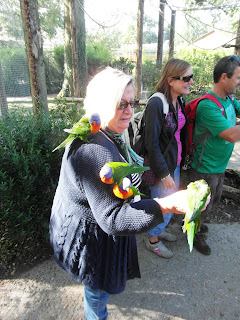 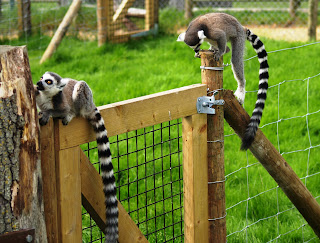 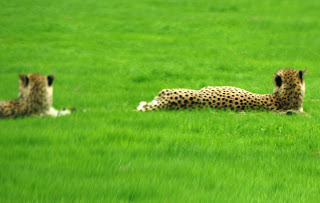 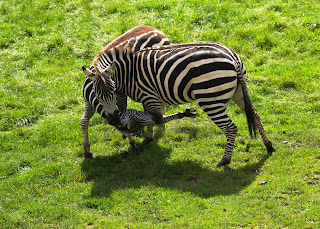 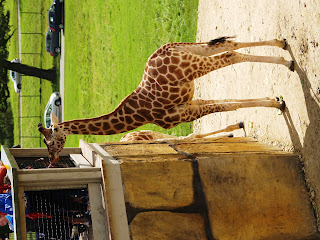 I used to make an annual pilgrimage to Longleat as part of a level 3 field course that looked at how animals were used in attractions in a variety of Dorset locations (and this Wiltshire location en route). Having recently returned privately I have noted a number of changes. In the East African Reserve section only Rothchild's giraffe and Grant's zebra now feature (Llamas etc seem to have been moved- not East African enough?). The former animals can now be fed expensively-purchased lettuce from a platform feeding site. The latter animals were involved in obvious conflict. Cheetahs have been added to the 'big cat' enclosures. In other parts of the Safari Park, there is a walk through section for Ring-tailed lemurs (a number of zoos seem to be going for these). They have also got 'nectar' feeding opportunities for Rainbow lorikeets and The Hawk Conservancy Trust put on aerial displays with a range of raptors. You can also queue up to handle a Tarantula but can still feed fish to California sealions in the water surrounding the Gorilla island. An African elephant ('Annie') has returned to the collection, although they claimed merit for dispensing with the original small herd.
- September 05, 2012 No comments:

Oiling the Wheels of Conservation? 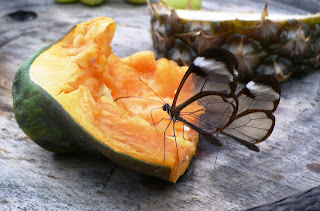 An interesting debate is developing about what to do about enormous oil reserves located under a biodiversity hot spot, Yasuni National Park in Equador (http://www.guardian.co.uk/environment/2012/sep/03/ecuador-yasuni-conservation?INTCMP=SRCH). The Equadorian Government have offered not to extract the oil (and risk the enormous range of plant and animal species or to add to greenhouse gas generation) if the developed nations give them 50% of the value of the resource (it's a bit like paying not to destroy the rainforest). The timing, given the world economic climate, is not great for this offer and relatively little money has been offered. Some of the Governments expected to donate have expressed concerns that the money might be accepted and then the oil extracted anyway (the Equadorians reserve the right to exploit the resource in a 'national emergency'). Meanwhile oil companies are building roads on the margins of the park. People have commented that the losses of yet largely undocumented species, with all sorts of potential utilities, could be enormous. Cynically speaking, even if this oil is left in the ground, commercial agencies are likely to seek fuels in other locations and ways, so getting real reductions in greenhouse gas release seems unlikely.
- September 05, 2012 No comments:

Both male and female flowers out on the Hazel ( Corylus avelana ) of Penclacwydd. 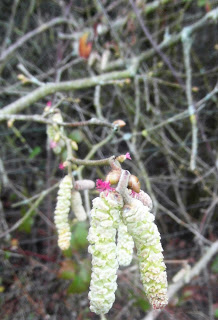