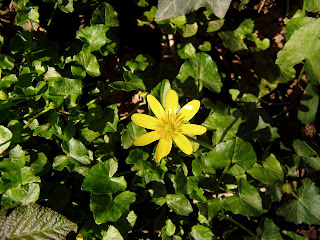 Readers will have noted the frequent recent references in this blog to unusually timed appearances of animals and plants this year. I have also been struck (as have others) by the early morning calls of birds (Blackbirds displaying territorial vocal displays as daylight appears). There have been national attempts to 'collect' such information by using the web (including, the very apposite for this case, 'Twitter'). It has been pointed out (http://www.guardian.co.uk/environment/2012/jan/11/mild-winter-natural-world?intcmp=122) that organisms could be reacting as if the prevailing conditions are a) an early Spring or b) a Winter that has, thus far, failed to arrive. The first alternative appears more likely (and it may not last) but the latter can't be ruled out. It is even possible that different organisms are 'seeing' conditions differently.
- January 12, 2012