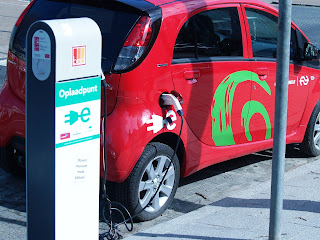 Industry analysts have reportedly claimed that 2020 will be the year of the electric and low emissions cars in Europe (https://www.theguardian.com/environment/2019/dec/25/2020-set-to-be-year-of-the-electric-car-say-industry-analysts). There could be an element of trying to stimulate sales in such pronouncements. One also has to note that, although the fuel directly consumed by such vehicles is much better than petrol or diesel, there are some problems with such a development. Firstly, the numbers of charging points will need to be massively expanded. Secondly, the means by which the electricity is generated have to be considered (there is no point in using oil or coal). Thirdly, there are considerable energy and emission costs when constructing the new vehicles (and disposing of the old ones). Fourthly, the tyres and brake linings of the electric cars will still add to the concentrations of dangerous particulates in the air adjacent to roads. We really need to stimulate public transport rather than simply changing the fuelling of our individual cars.
- December 26, 2019