If We All Went South 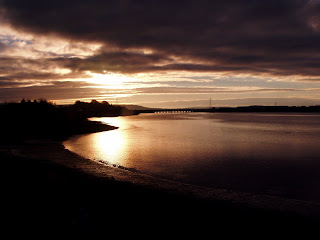 Dr Hallegatte and colleagues at the International Centre for Research on the Environment and Development at Nogent-sur-Marne, France and other collaborating scientists calculated rough geographical equivalents (in terms of average summer temperature and rainfall) for major European cities in 2071, assuming that global warming occurs as predicted (http://environment.guardian.co,uk/climatechange/story/0,,2079750,00.html). Using their model of an approximate 3 degrees Celsius rise in temperature and a 40% decline in summer rainfall, they estimated that it would be as if London had moved south to the location of Vila Real (where the wine Matteus rose comes from) in Portugal. That might sound nice, but the design of buildings is completely different to deal with the prevailing climate (e.g. houses in that region of Portugal rarely have west facing windows and much water in Spain and Portugal has to be piped over long distances). What about Swansea? They didn't model us but Swansea has an average July temperature of 20 degrees Celsius and a summer rainfall of 1100mm. In 2071 we might then expect the corresponding values to be around 23 degrees and 660mm (still more than London gets in an entire year). Obviously, I can only crudely come up with a southerly equivalent for Swansea but Zaragoza in Spain has a July temperature of 24.4 degrees and Spain's annual rainfall is 600mm. That is a bit hotter and drier than is predicted for us but it looks as if we would finish up in the equivalent of the south of Spain. Perhaps someone can suggest a better match?
- May 16, 2007