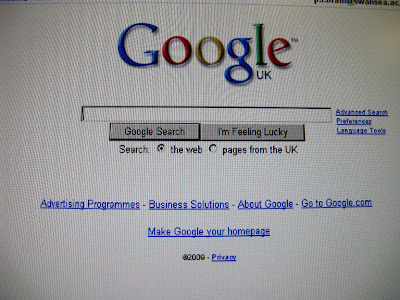 The claim has been made (http://technology.timesonline.co.uk/tol/news/tech_and_web/article5489134.ece) by a physicist (Alex Wissner-Gross) that a 'typical' google search generates about 7 g of carbon dioxide (compared with the energy involved in boiling a kettle of water that produces about 15 g). This is because Google uses "huge data centres around the world that consume a great deal of power". As it has been estimated that there are approximately 200 million internet searches in total across the globe each day, the 'carbon footprint' of googling is not insignificant (although it's not on the scale of many other human activities). There is consequently a bit of a dilemma for individuals who hope to use the world wide web to advocate more responsible use of the planet's resources.
- January 12, 2009