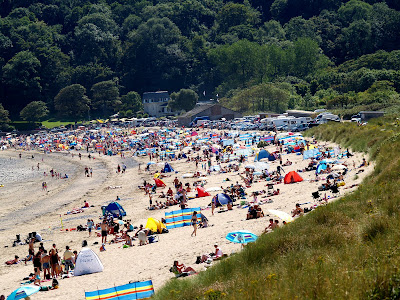 The author Fred Pearce in a book entitled 'Peoplequake:Mass Migration, Ageing Nations and the Coming Population Crash' has painted a picture in which human babies are in short supply (http://www.guardian.co.uk/world/2010/dec/01/ageing-population-fred-pearce). He clearly feels that this is a wide phenomenon as he sees depopulation in former industrial areas (e.g. Hoyerswerda in what was East Germany) and even in the developing world (although this seems largely a statement of intent by women in Bangladesh). There certainly seem likely to be demographic 'problems' in many areas of Europe. A recent one is the claim from the National Housing Association that the numbers of retired people living in rural areas is set to increase by a million in the UK, making the delivery of services and survival of rural communities very difficult (http://www.politics.co.uk/opinion-formers/press-releases/environment-and-rural-affairs/nhf-rural-communities-will-struggle-to-support-booming-older-population-$1356935$364344.htm). It is hardly remarkable that economic pressures are making it difficult to maintain 'balanced' populations of babies, school-aged children, working aged folk and retired people in many locations but I personally feel that a 'population crash' is a relatively minor concern. I may have got it wrong but I believe that more people are currently alive on this planet than can be counted in our species' entire history. Human (anthropogenic) pressures are intense over the natural world, meaning that a curtailing of further increase in world population numbers would be no bad thing.
- February 01, 2010

I for one unequivocally agree with your comments.

Any support appreciated. I always feel slightly uncomfortable in maintaining that greater numbers of people does not always mean greater happiness whilst being distinctly unlikely to 'volunteer' myself, my family and my friends to be part of any reduction.