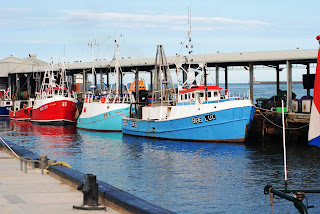 The Hugh Fearnley-Whittingstall campaign to get the UK public to sample 'fish' outside the 'big five' (Cod, Haddock, prawns, Salmon and Tuna) seems, to a degree, to have some inherent problems (http://www.guardian.co.uk/environment/2011/aug/08/fish-consumption-rises-despite-campaign). People have reportedly been eating more fish but have not generally shown a long-term increase in their uptake of less familiar species (such as Pollack, Megrim and Sardines). It has also been pointed out that, although his campaign to change the law to ban discards by EU fishing fleets (the throwing back of dead or dying fish when they exceed the quota) has received general support, a number of experts believe that the real problem is the need to make the catching of all species sustainable (rather than simply increasing the diversity of what we eat). There is also a  particular problem of species being caught to turn into fish meal for agricultural uses (as fertiliser or chicken feed)- apparently including Mackerel.
- August 10, 2011