Russeling Up Support for Wallace 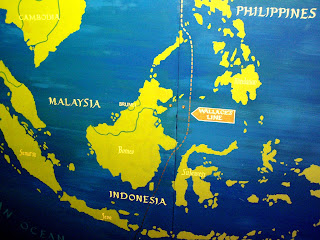 It is timely that the British Museum of Natural History is arranging an exhibition on the 'forgotten man of evolution', Alfred Russel Wallace (http://www.guardian.co.uk/science/2013/jan/20/alfred-russel-wallace-forgotten-man-evolution?INTCMP=SRCH). Wallace (a Welsh-born explorer who left school at 13 and made a living by collecting specimens for Victorian natural history enthusiasts and museums in remote areas of the globe) had none of Charles Darwin's wealth or connections but came up with the idea that species evolved by undergoing changes in pre-existing species. He sent the draft of his paper to Darwin who, it appears, was then stimulated to go into print with precisely the same concept that he had been incubating for several years. Although the pair were credited as co-developers of the theory of evolution, now fundamental to the Biological Sciences, Wallace has been largely ignored for many years. This might redress the balance to a degree.
- January 20, 2013