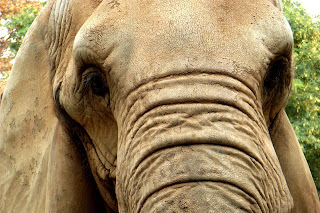 The media reports of the imminent de-extinction of the Woolly mammoth seem just a tad premature (www.bbc.com/earth/story/20170221-reviving-woolly-mammoths-will-take-more-than-two-years). The idea is to incorporate preserved mammoth DNA from the ice into the egg of an Indian elephant and then to devise an artificial womb in which to raise the fertilised product. Anything generated (and the womb is a long way from completion) would not exactly be a Woolly mammoth and there might well be problems raising an animal that probably needs a social upbringing. This is the kind of story that causes a frenzied reaction in the media (it's a bit 'Jurassic Park'). I personally don't think that Woolly mammoths will be striding across the tundra anytime soon.
- February 24, 2017