Human Reproduction: A Serious Cause for Concern? 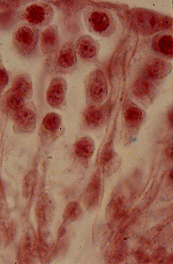 Professor Levine in Jerusalem has reportedly headed a well-received review of the data on human sperm counts (effectively removing dubious studies on infertile couples etc) and has concluded that their has been a 60% decline in 'western' populations (essentially the USA and Europe but also including Australia and New Zealand) over the last 40 years (www.bbc.co.uk/news/health-40719743). Part of this might be related to over-estimates in some of the older samples but there does appear to be a declining count of about 1.4% per year. It is uncertain what is causing this decline (which apparently does not appear in other parts of the globe). It could be related to many aspects of life-style or to pollutants. I think, however, that the claim it might lead to the extinction of humans a tad speculative. I would have thought that over-population rather than under-population is the real threat to our planet and our species.
- July 26, 2017