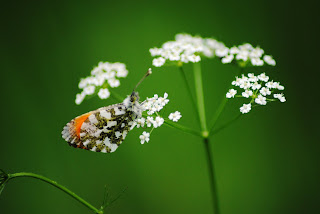 Targeted conservation efforts are said to have arrested the declines in some of the UK's most endangered species  but proposed cuts in the budget for organisations such as Natural England are said to potentially reverse such gains (http://www.guardian.co.uk/environment/2011/may/16/butterfly-revival-threatened-by-cuts?INTCMP=SRCH). This is to some extent an attempt to minimise the cuts or to at least ensure that some of the surviving funds are directed to this activity. I have much sympathy with the aims (butterflies are important bioindicator species) but it seems to me that the problem is much wider with changes in agricultural practises, building houses on every little bit of available land and even heavy-handed clearance of vegetation on public land play roles. It would be sad if species became restricted only to tiny areas of conservation activity (and that doesn't work for all species).
- May 21, 2011