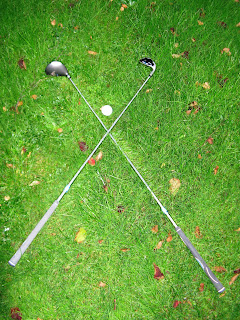 It now appears that Mr Donald Trump (star of the US version of 'The Apprentice') would like to build another golf-course, in addition to the one he has just had created in the protected sand dunes of NE Scotland, near Aberdeen (http://www.guardian.co.uk/uk/2013/feb/16/trump-golf-links-coastline?INTCMP=SRCH). The creation of the first course appears to represent the triumph of  commerce over conservation and the proposal for another course to the south of that  is also linked to 'exclusive' housing developments. I must admit to being generally unenthusiastic about the creating of golf courses in relatively pristine natural locations (I support Mark Twain who described a game of golf as being 'a good walk spoiled'). The hoped for developments seem to be difficult to afford (given the amount of land space in the a crowded UK) 'gardenification' of the remaining 'natural' environment for the benefit of relatively few people. What's to stop rich folk converting the whole of Scotland into a theme park for other rich folk?
- February 17, 2013