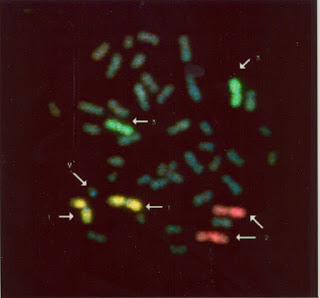 There is intense interest surrounding a first study outside China, demonstrating that the widely-available CRISPR-Cas9 gene-editing tool can be successfully used to remove a faulty gene from early human embryos (https://www.theguardian.com/science/2017/aug/02/deadly-gene-mutations-removed-from-human-embryos-in-landmark-study). The study essentially replaced a faulty gene (resulting in an often fatal condition called hypertrophic cardiomyopathy where the muscles of the heart are excessively thickened) carried by the sperm of a donor with the code for the condition by a regular sequence. The 'corrected' embryos were not implanted as this was basically an attempt to establish, in principle, that the technique can be used to correct inherited diseases in our species. The study offers considerable hope but, naturally, raises a number of concerns. The first issue is that the technique could be used to create 'designer babies' with parents choosing the physical (and mental?) characteristics of their offspring. That might well be banned in many countries but good luck with stopping very wealthy folk from using the services of medics world-wide! Another problem is that genetic diversity enables humans to deal with changing environmental circumstances and some genes that appear faulty under current circumstances might have benefits elsewhere (I appreciate that it is difficult to think of any benefits for the genes linked to, for example, Huntington's chorea or Muscular Dystrophy). A third area at issue might well concern the technique being applied to our companion and domesticated animals where bans are not likely to be enforced.
- August 04, 2017