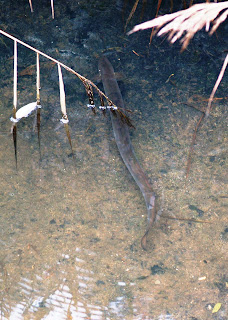 It has been reported that European eels, frequenting the Thames, are becoming hyperactive due to the levels of cocaine in the urine of Londoners that finds its way into the river waters  (https://www.thetimes.co.uk/article/cocaine-in-thames-makes-eels-hyperactive-lkd3vhncd). It just shows that even innocently migrating fish are not immune to the habitats of their human neighbours. It also suggests that the cocaine habit is pretty rife in Londoners.