The Last Race For the Human Race (and Many Other Species)? 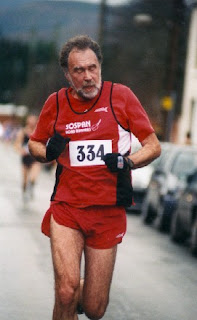 A new UN Environment Programme report 'Global Environment Outlook: Environment for Development' (based on a 5 year study by almost 1400 scientists) has suggested that the future of humanity (and even biodiversity on the planet, with 30, 23 and 12% respectively of amphibians, mammals and birds being under threat of extinction) has been imperilled by a failure of governments "to recognise the seriousness of major environmental issues" (http://www.guardian.co.uk/environment/2007/oct/26/climatechange). The report points out that each person currently alive "requires a third more land to supply his or her needs than the planet can supply"(raising a question of whether the basic concern is over-population or excessive 'needs'). The environment programme's executive director (Achim Steiner) applauds some recent decisions (e.g. that on reducing ozone-damaging chemicals) but notes that generally responses have "been slow and at a pace and scale that fails to respond to or recognise the magnitude of the challenges facing the people and the environment of the planet". For example, the report claims that irreversible damage to the earth's climate is "likely unless greenhouse gas emissions drop below 50% of their 1990 levels before 2050". This could only be achieved, it is claimed, by richer countries cutting their emissions by 60-80% by that date, with developing countries also making meaningful reductions. The basic problem is that politicians and commercial interest groups generally make decisions based on 3-5 year cycles and are relatively uninfluenced by probabilities based on the longer term (although 43 years is a tiny span in global terms). Some commentators have taken this to mean that 'nothing can be done' whereas others have claimed 'we must act now'. It seems to me pointless to have science (which is, after all, based on predictions) unless we attempt to do something based on the concensus. I will admit, however, that inertia and self-interest are powerful counters to attempts to get meaningful actions on a wide enough scale ('we are not going to disadvantage ourselves, if others wont do their share', seems a very common reponse) .
- October 28, 2007