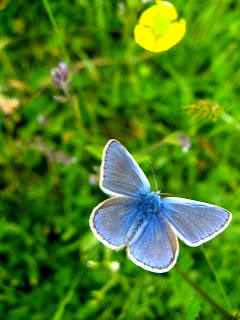 It has been confirmed that many UK butterfly species have been devastated by the wet summer of 2012 (http://www.guardian.co.uk/environment/2013/mar/26/british-butterflies-devastating-wet-summer?INTCMP=SRCH) with populations of species such as the, recently discovered and already rare, Black hairstreak (Satyrium pruni) declining by 98%. More common species such as the Heath fritillary (Melitea athalia) and the Common blue (Polyommatus icarus) have halved their numbers. It is not only the wetness but loss of habitats continues to play a role in the declines of these species. The report notes that there are probably currently fewer butterflies in the British Isles than at any time since the arrival of our species here!
- March 26, 2013