The Great British Food Throw Away 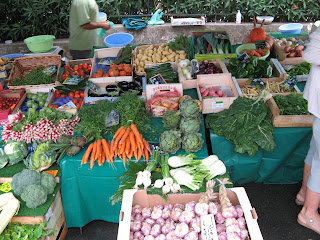 There an impressive overview on food wastage including noting that, if waste was cut by a quarter (and if we could send it efficiently to where it was both needed and accepted), we could solve world hunger (http://www.theguardian.com/environment/ng-interactive/2015/aug/12/produced-but-never-eaten-a-visual-guide-to-food-waste). Apparently, the world wastes 1.3 billion tonnes of perfectly good food each year. In the UK, some 45% of fruit and vegetables (a quarter of melons are never eaten), 35% of seafood and fish, 30% of cereals and a full fifth of both dairy and meat products all go to waste. The average UK family is said to waste £700 worth of food every year. I suspect, however, that the amounts wasted are highly variable (and not especially helped by 'sell-by' dates). Waste can also be measured in consumed water (at a premium in some parts of the globe), generated carbon dioxide et cetera. Even developing countries may also generate more waste by not having facilities for effective preservation of foods.
- August 12, 2015