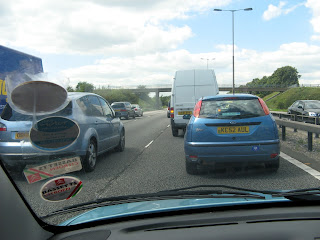 It has been suggested that the UK government is not exactly rushing to legislate to reduce the amount of nitrogen dioxide fumes from car exhausts, in spite of their being implicated in some 40,000 deaths per annum in this country (https://www.theguardian.com/environment/2017/nov/30/uk-government-being-dragged-screaming-to-tackle-air-pollution). Exposure to exhaust fumes is, of course, worse in areas near major roads, which is sadly where, a majority of schools in deprived areas are located (not their only problem as other current studies suggest that they are also likely to be surrounded by large numbers of 'fast-food' outlets). Geography thus seems to exacerbate features likely to impair the future health of many youngsters! One must also note that EU regulations are currently one of the few 'sticks' that can be used in an attempt to get some action on NO2 levels.
- December 01, 2017