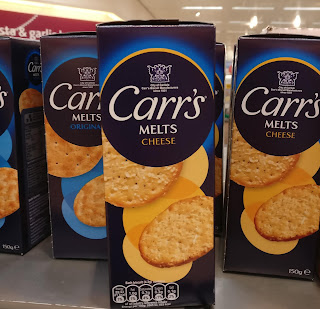 There was an interesting programme on the BBC about carbohydrates, given the fact that more than half the population of the UK are currently classed as being overweight (https://www.bbc.co.uk/programmes/b0b5y6c0). The division of carbs into 3 'colour classes' appeared a little simplistic (it might be useful 'shorthand' for the general population) but there were some interesting highlights. These included a test with a dry (non-salty and non-flavoured) cracker that was chewed, un-swallowed until the subject noted a sweet taste in the mouth. This, reportedly may reflect different amounts of the enzyme amylase in the saliva that breaks down the starch. It has been claimed that people vary in their carbohydrate metabolism which is why some people are more troubled by these food items than are others. It was also interesting that some tastes in the mouth (without ingestion) than stimulate a better exercise performance (anticipation of energy-rich foods?). Perhaps of most importance was a little study confirming that some people with type 2 diabetes can escape the symptoms with dietary change alone, forgoing all medications.
- June 07, 2018