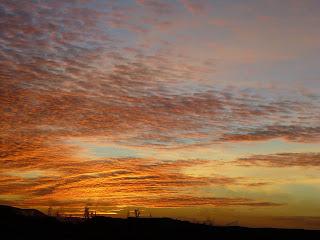 I don't suppose, given the levels of widely-supported rioting in Paris, there was much else the French Government  could do but to cancel the ecologically-motivated increases in fuel, electricity and gas taxes (https://www.theguardian.com/world/2018/dec/04/french-government-to-suspend-fuel-tax-increase-say-reports). It chimes with a comment by one of the Katowice (Poland and scene of the UN Climate Change conference) coal miners to the effect that those ecologists ought to remember who is doing more for the planet (ecologists or coal miners)! Such attitudes and the political responses to them might well be the planet's epitaph.
- December 04, 2018