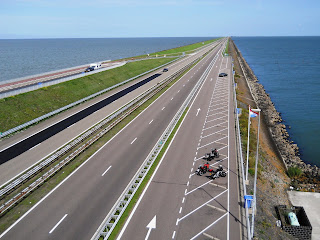 Given the location of their country (predominantly below sea level), a number of Dutch commentators are wondering why the level of support for 'out of school' demonstrations against climate change by their children appears much lower than in counterparts in Belgium and Sweden  (https://www.theguardian.com/environment/2019/feb/03/belgian-kids-march-against-climate-change-why-dont-ours-ask-dutch). Elevations in sea level would certainly be problematic for the Netherlands. Having said that, there seems to be a lower tolerance of truancy by the educators in that country (suggesting that the children could demonstrate at weekends doesn't really cut it!). It could also be the case that Dutch children are more confident that 'their' adults will be focused on this issue (ignoring the sea isn't an option).