Could You Be Reported For Reading This Blog? 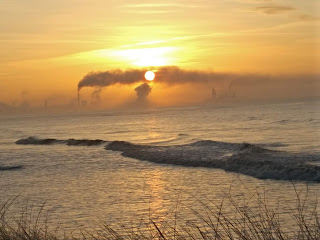 It is definitely concerning that a police counter-terrorism briefing document directed to medical staff and teachers in the UK reportedly includes non-violent organisations such as Extinction Rebellion; Greenpeace; Sea Shepherd and Stop the Badger Cull  along with traditional extremist right-wing neo-nazi and  jihadist groups (https://www.theguardian.com/uk-news/2020/jan/17/greenpeace-included-with-neo-nazis-on-uk-counter-terror-list). It seems to me that the definition of 'terrorism' has been stretched, in this case, to include any activity that might interfere with commercial activity or the status quo. Given the fact that a substantial proportion of  the population have genuine and legitimate  concerns about the direction (or lack of direction?) of environmental policy in this country, the document appears to block their right to peacefully demonstrate. Perhaps the 'banana republic' is already here?
- January 17, 2020