Have You Got the Balls to be a Market Trader? 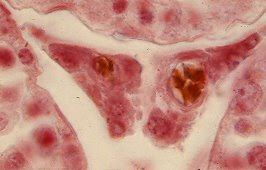 It was interesting to note a recent study from Cambridge University (http://www.sciam.com/article.cfm?id=testosterone-predicts-pro) suggesting that young, thrusting City of London traders are likely to make big profits on days when their testosterone levels are high. The article suggests that testosterone boosts risky behaviour and this might account for booms and crashes in our financial markets. The authors even claim that there could be more financial stability if more women and 'old guys' were employed as traders (less testosterone!). There are several problems associated with linking testosterone to behaviour. One possibility is that it is the profits that drive the hormones rather than vice versa. Venerable studies on hormones and sporting success (e.g. Tennis, Chess, Judo and Karate) have repeatedly suggested that, when male participants regard their success as 'deserved' (rather than allocated by a lottery), their testosterone levels rise. Although the reported study linked testosterone values in the morning to later financial gains, it is certainly possible that the city slickers were anticipating success on the basis of trends they had been following. Sexual activity could also boost testosterone levels and there might well be a 'herd effect' (and a self-fulfilling prophecy element) on market movements as people note what the generally successful traders are up to and follow them. Testosterone has also been linked to repetitive behaviour (doing the same action again and again). I am not sure that the whole thing is simply down to hormones. The City market all seems a bit of a gamble (with other people's money) to me (but then I have neither the hormones nor the cash).
- April 15, 2008