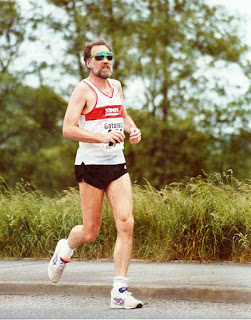 I have heard of performance aids for distance running but never expected that bacteria in the large intestine might play a role (https://www.theguardian.com/science/2019/jun/24/bacteria-found-in-gut-could-help-boost-physical-performance). A limited study on some Boston marathon runners suggests that they have increased populations of 'bugs' that break-down lactate (a cramp-causing metabolite increased by anaerobic respiration when oxygen levels are limited). Transferring the bacteria to mice also reportedly made them more 'athletic'. It could, of course, be the case that the guts of marathon runners provide a superior home for lactate busting bacteria!
- June 25, 2019