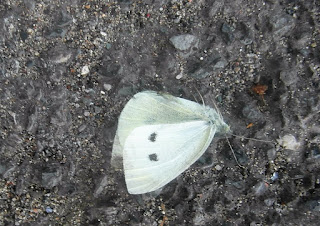 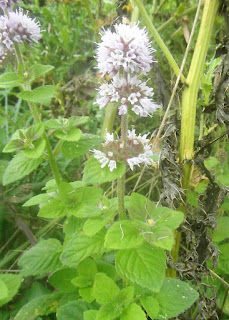 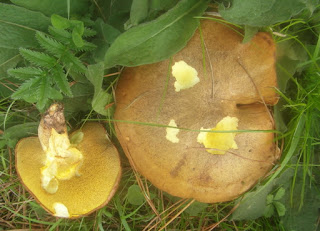 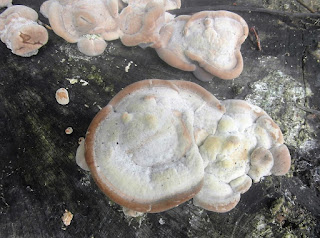 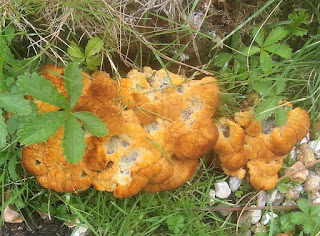 First day of Autumn. Lots of fungi about with Wrinkled crust (Phlebia radiata) and a dead wood-based growth in Loughor. Slippery Jack (Suillus luteus) was now all over Bynea where Water mint (Mentha aquatica) was also in bloom. There were lots of Small white (Artogeia rapae) RTA's on Loughor Bridge but these were the only butterflies in numbers in this area.
- September 01, 2018