The Downside of Cheap Salmon 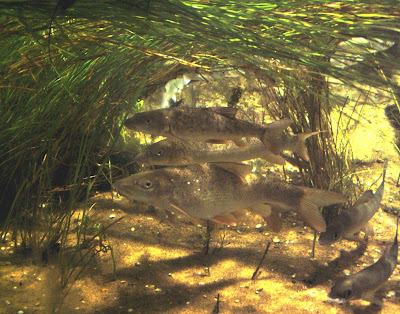 Salmon is a relatively healthy source of protein that is widely available due to it's relatively low cost. Cheapness has largely been a consequence of commercially successful fish farming. It is now being recognised, however, that salmon farming, as currently conducted, has major environmental problems (https://www.theguardian.com/news/2020/sep/15/net-loss-the-high-price-of-salmon-farming). An obvious problem is the pollution (a combination of fish faeces and uneaten food) produced in the salmon pens. It is worth noting that there can be more salmon in large pens than the entire wild population of the species. The pens are frequently (as in most Norwegian establishments, which are major commercial operations) in the sea but in relatively convenient proximity to the land. The waste simply washes out in the currents. Algal blooms may follow. The high stocking densities of the fish also encourages the spread of sea lice (an ectoparasitic crustacean that feeds on the blood of its host). Infestations are clearly an animal welfare problem in the pens per se but they also are important in relation to the next problem. Another real danger is that Salmon occassionally escape from the pens and these may breed with wild fish, changing their genetic characteristics. The escapees can also, by mingling, introduce sea lice to the wild fish stock. That reduces the vigour of the wild fish. Energy is important for making migrations between salt and freshwater (the fish breed in rivers). It has been suggested that some of these problems could be solved by moving the salmon farms to inland locations (waste could be monitored and escapes largely prevented). The problem here is that power would have to be provided to circulate the water. This would drive up both the costs and the carbon footprint (unless hydroelectric or solar generation of energy could be used). Another possibility is that the pens to continue to be marine-based but be sited well away from the migration routes of the wild salmon. Salmon farming is an area that needs some rapid refining of techniques and practices.
- September 15, 2020