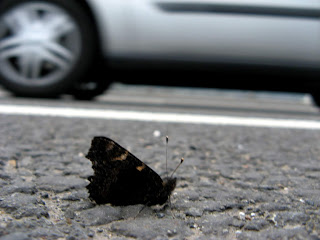 Two 'splatometer' studies (where insects killed by collisions with cars are counted) are emphasizing the truth of the insect Armageddon (https://www.theguardian.com/environment/2020/feb/12/car-splatometer-tests-reveal-huge-decline-number-insects). One study in rural Denmark, showed an 80% decline in insect numbers between 1997 and 2017 (with dramatic effects on the numbers of insectivorous birds). Another in Kent recorded 50% fewer insects on the splatometer in 2019 than were found in 2004. The results suggest that the declines in numbers of these important pollinators are at disturbingly high levels.
- February 13, 2020